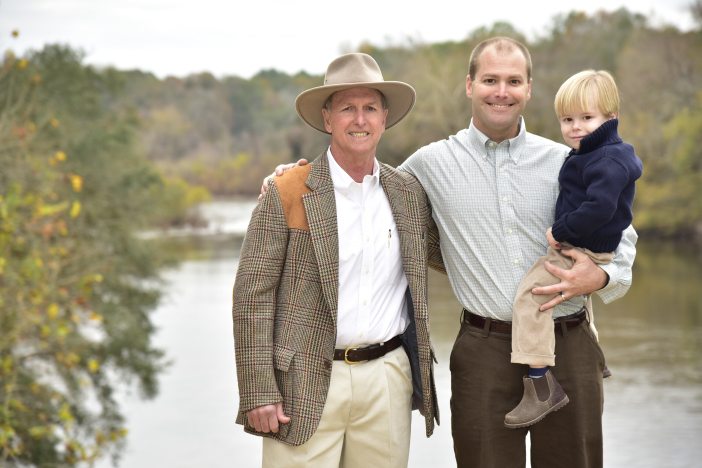 For those of you who didn’t have to grow up during my generation where most of us had to take Latin in public school, “Tempus Fugit” means “time flies”. I’ve noticed that it seems to be fugiting a bit faster these days. Personally, I would like to slow time down to that year between my 15th and 16th birthday which lasted at least a decade before I could get my driver’s license. Of course, that was only to drive legally since I had been driving a vehicle since I was thirteen years old by then. I’m always reminded of what my dad said in his late stage of life. Pop said,” Son, that roll of toilet paper rolls a lot faster as it gets near the end of the roll.

The purpose of the paragraph above is to state that this hunting season is almost over, and it seems to me as if we were just opening up yesterday. That may have something to do with the fact that I am no longer working 16 hours a day, seven days a week. However, I have also noticed birthdays, anniversaries, etc. are all rolling around faster also. It’s hard to believe that we have only this week and next week to go in the 2016-2017 hunting season. Later this week, we will double cut all of our firebreaks. If we get some needed rain, we will most likely begin our controlled woods burning the week after we close.

We have already begun planting sweet corn, and have young corn out of the ground and looking good. We had a pretty good frost here this past Saturday morning; so Greg had to begin running the center pivot irrigation system on that corn at 4:30 am, but it all made it through the frost just fine. Evidently old Al Gore must have taken his thumb off of the global warming switch for that day, but I will almost bet we will see more frost days in late March and maybe even into early April since it has been such a warm winter in the South.

One of the things that I am proudest of as I look back on this season is Riverview’s continued emphasis on safety. Cader IV stresses it just as much as I always did. It is one thing to hunt with a family member or long time friend while it is an entirely different situation to hunt with a good client that you may never have been in the field with. I firmly believe that it makes everyone more comfortable to hear the ground rules firmly applied BEFORE the hunt. We probably get as many compliments on our safety program as we do the hunting and food. It’s always important to remember that dead is forever, and one can never take back that one careless mistake with a shotgun.

I once thought that guns only had two enemies–rust and politicians. Over the years I have learned that the two “C’s” are our biggest threat here–complacency and competitiveness. We strive diligently to take those two “C’S” out of the equation here. Our average bird kill per hunt has declined over the years, but the quality and enjoyment of the hunt have improved.

To those of you who visited with us this year, we very much appreciate your friendship and business. For those of you who could not make it for one reason or another, you were missed! I hope everyone has a great spring!