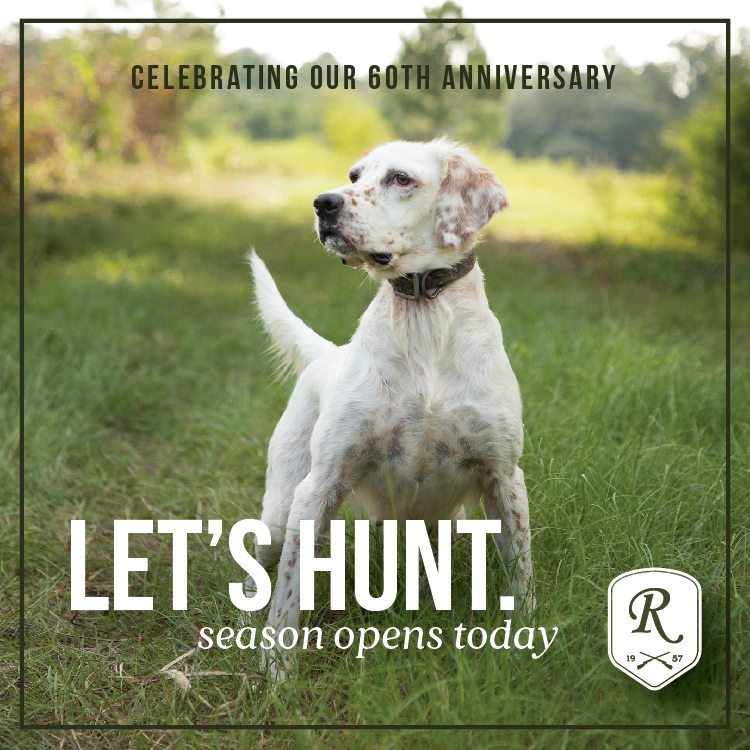 This past weekend, I attended my 50th high school class reunion. I was shocked at the number of old people there. If we have another one, I am going to suggest we make lanyards with index cards attached to them with each classmate’s name printed on it in VERY large letters. The only way to get close enough to read some of my female classmate’s names made it look a lot like I was trying to stare at their bosoms. If that wasn’t a shock enough to my nervous system, we officially opened our 60th hunting season yesterday. When I asked Cader IV what he would like for me to do, he replied, “Dad, please stay home until at least 8:30 each morning in order not to screw up the program.” Hmmm, maybe I trained him too good.

I went straight from college to army basic training, and back home to here in December of 1971. I am fairly certain that I worked seven years in a row before ever taking a vacation. Every time I would ask Pop about taking a little vacation, he would tell me to feel free to do so if I thought that I had all of my work caught up. I’m slow, but not stupid. I finally realized that if I waited until I got completely caught up, I would never have a vacation OR a wife. This may be the first year since I have been home that fall like weather is coinciding with our opening date. When I first came home, we were opening on October 1st since the state allows us to open then. Back in those days, October was cool and March was hot. Somewhere along the line, those months flip flopped in temps. We now open later in October, and run later into March. All of last week was in the 90’s here. Today, we may make it to 80, and the rest of the week will be 50’s for lows and 70’s for highs. We couldn’t ask for better weather, but I bet Al Gore had something to do with all of this weather business.

As I look back over the 45 years that I actively ran the company, I can’t help but know that Dad and Mom would be very proud of this business that they started. I just found Pop’s first advertisement that he ran in “Sports Afield” in 1958. It said, “We will swap quail for greenbacks.” I believe that our marketing has come a long way from that inauspicious beginning, but we all still believe that word of mouth from satisfied guests is the best form of advertising. I believe that I built upon a good foundation, and Cader IV is doing the same thing. And, it has certainly been an interesting career.

I was sharing a few stories with some of my old friends during the reunion of the things I have seen and experienced here. Not many folks have been as blessed as I have to be surrounded by the best and brightest minds in the world for clients and friends. At times, I would have to add that I have also seen some of the strangest folks in the world. We once had a guest who barely cut his thumb on the breech of his shotgun. All he needed was a bit of alcohol and a band-aid. Oh NO, we had to take him back to his private jet to fly him to N.Y. to see his plastic surgeon, and he flew back in time for dinner. When Cader IV was younger and cut himself with his pocket knife after I had warned him to whittle away from himself, he ran to me crying. I told him to pee on the wound and put some turpentine on it. I can only imagine what that guest would have said had I told him that. On another occasion, I overheard one of my kitchen staff ask a guest what he wanted for breakfast. He became very puzzled and replied; “I don’t know how to order breakfast because it has always been waiting for me when I come down the stairs.” I have some interesting tales to share of the early years when all of our guests would fly in on prop planes, and most of them would arrive drunker than Fido’s rear end. That type of behavior ended over 25 years ago, praise the Lord, but those are stories for a later blog.

To which I will only close with the old Hank Williams, JR., song, “Thank God I’m a Country Boy”. I know I can survive, as can 99% of our guests. It’s that outlier 1% that has made life interesting. Y’all call for a date, and come see us this season, but call soon as available dates are fast shrinking.