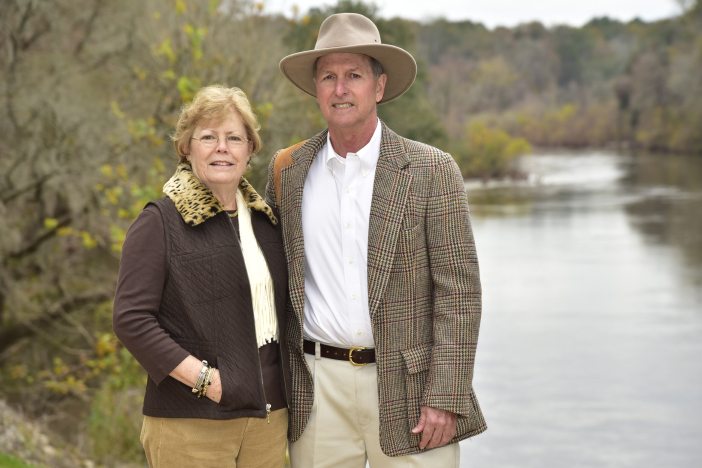 Well, we officially ended our 2016-2017 hunting season on March 18th. Last season, we closed on March 12th, but demand for reservations really picked up after the election, and we had to add another week in order to take care of friends who needed to make a visit to Riverview, and almost all of Jan.-Mar. was already booked by then. By the way, our state law entitles us to run until March 31st. We have never chosen to run that late for a variety of reasons including the heat and our need to finish our controlled woods burning before everything gets too green.

The one thing that I have always been the proudest of about Riverview is our program emphasis on safety. We had roughly 1500 hunters come through our doors this season, and not a single guest or guide was injured—at least by shotguns. I know that we had a couple of folks step in holes and slightly twist an ankle. We had numerous folks who forget to move their thumbs off of their safeties, and got their thumbs busted by the breech opening of the shotgun. We had one hunting dog charged with a 15 yard penalty for a blindside clip on a guest, and one guest got peed on by a dog. In both instances, our dogs just might have been trying to express their opinion of the hunter’s prowess with his shotgun.

People have often asked me how we got in this business that Mom and Dad first opened in 1957. I blame it on a famous outdoor writer, Mr. Charley Dickey, who was one of my Dad’s best friends, and strongly encouraged my dad to give this type of operation a whirl. Dad and Mr. Charley hunted and fished together all over the world. As I came of age, I was invited on some of those trips as a “camp boy” which is Arabic for I got to clean and gut everything that they caught and killed. Mr. Charley always called me “Buck” for some reason. When I told him that I wanted to make my living as a writer like he did, he looked at me over a campfire( that I had built), and replied,” Buck, that’s a great career if you don’t mind starving until you are 40″. Hell, at 17 years of age, I could not imagine living to be as old as 40; so I chose to major in finance and accounting, and just pray that I might be able to make some money one day.

However, I have always loved reading the old and famous outdoor writers. I feel like I have hunted African big game after reading Peter Capstick Hathaway. Nash Buckingham, Jack O’Conner, Robert Ruark, and tons of other great outdoor writers all kept me spellbound during my misspent youth. If I was pushed to pick my favorite writer of all time when it comes to bird hunting stories, it would have to be Havilah Babcock. Mr. Babcock could flat tell a bird hunting story, and spin as captivating and descriptive a story when it came to wing shooting as anyone could ever want to read. If any of you subscribe to the magazine , The Shooting Sportsman, Havilah has an old article in the latest edition titled, ” Good bird hunters go to Heaven”. I am going to just pick out a few of his lines from this article to share with you from here to the end of this blog, but I want everyone to know that these comments come from one of my heroes of writing, Havilah Babcock , rather than from my own feeble brain. President Jimmy Carter, who was by no means my favorite president, is quoted as having said that you could learn more about a man’s character by spending one day with him quail hunting than you could any other way. This is one of the few comments that President Carter ever stated that I agree with him on, and most of Mr. Babcock’s comments cement that argument.

Below are just a few of the comments I underlined from the article. I’m not going to bother with putting quotation marks around them, but they all belong to Mr. Babcock ; so here the come:

Have  you ever taken a friend hunting with you and then dropped him like a hot potato?And have you ever spent a pleasant afternoon hunting with an acquaintance and wondered why you were never invited back?There are some things a man can best do alone, when any and all of society is definitely unwelcome. But bird hunting seems not to be one of these.

A good hunting companion may find it necessary to engage in a little innocent fiction now and then.I do not mean that he is expected to lie–perish the thought–but he might on occasion, permit himself to fall into a sort of terminological inexactitude. When your companion makes a difficult shot, congratulate him. Help him admire himself. This doesn’t cost anything. It is, in short, one of the cheapest ways of making a man feel good. Brag about your companion when he makes a good shot. Maybe he will be noble enough to brag about you when you make a good one.

You should extenuate your companion when he makes a bad shot. If he misses a really hard shot, you needn’t bother. No extenuation is needed. However, if a fat partridge( what the old folks of Havilah’s generation called quail in the south) lights on the barrel of his shotgun and he misses with everything in the foundry, that’s the time a fellow needs a friend. Be charitable towards your friend’s misses, and he will endorse your note, vote for you for sheriff, buy an insurance policy from your company, and he will also invite you hunting again!

Good hunting manners also requires you to be generous toward the other fellow’s dogs.” Love me, love my dogs.” The wisdom of the ages lies in that pithy saw. It’s alright for you to alibi his shooting, and for him to alibi yours, but it’s bad manners for a fellow to furnish his own alibi. Some men are so constituted that they’ve got to blame something other than themselves for whatever goes wrong. Whenever they miss it’s their guns, their shells, their dogs, or something safely inanimate(Here at Riverview, that would be the pine trees or the sun). I might interject in my own words here,” BOY DO WE SEE PLENTY OF THAT AT RIVERVIEW!” Missing a bird is no disgrace. Only liars and writers hit everything they shoot at.

Now here comes my favorite paragraph,and I’ve skipped quite a few other good ones– The prime test of a good hunting trip,of course, is whether all parties thereto get home without any holes in them. The first requirement of a good hunting companion is that he be a safe person to hunt with. However gracious and charming a fellow might be, you’d just as soon not have him drawing a bead on your bald spot. Making widows of nice women is not exactly good manners!A feeling of insecurity is ruinous to one’s shooting.It is impossible to shoot well when you are constantly wondering whether your heirs and assigns will arrive at an equitable settlement of your estate. It is impolite to shoot too close to a companion even if you miss him. When anybody makes my ears ring, I’m a little dubious about hunting with him thereafter.

One of the best ways to gauge a man’s character is to take him bird hunting. There his frailties and his virtues, his shortcomings and his longcomings, his meanness and his magnanimity are all sure to crop out. Mr. Babcock goes on to mention a lot of these examples such as bird claimers, folks who make you spend 30 minutes looking for a dead bird that has not had a feather touched by a shot of lead, men who say,”it’s your shot”, and then shoot the bird out from under your nose,etc.\

This fine old Southern gentleman of a bygone generation was a great writer, and I own every book that he ever wrote. If you have never read any of them, begin with, “My Health is Always Better in November”, and be sure to read, ” I Don’t Want to Shoot an Elephant”. I can guarantee you that I have lived every situation that he discusses in his books during my time at Riverview. Maybe after a few more former guests go on to their reward, I will share some of them.

I hope everyone has a great spring!